ACSS, Membership
Posted 2 years ago
Hi, I wanted to get some feedback from the group about the Nov 2020 EO 13959 related to Chinese military companies. My question is whether list screening service providers are applying the OFAC 50% rule on the listed entities in this EO. I heard some are. That could generate a lot of hits, because some of the listed military companies have many subs. To me, it appears that the OFAC 50% rule would not apply here, but looking for interpretations from the group.
1 comment

Liked by Bright, Natasha and 1 other 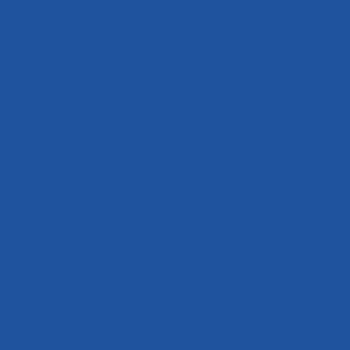 I can help with interpretation of the EO, but not what the screening software providers are doing in practice.

Subs of CMCs occupy two different positions in the EO. One is, potentially, of persons whose securities are subject to the actual prohibitions of the EO (at section 1), and the other is persons that are at an increased risk of being identified by OFAC as being subject to the section 1 prohibitions at some point after the effective date of the EO. These two positions are addressed in order below.

The section 1 prohibitions apply to covered “securities, of” Chinese Military Companies, and Chinese Military Companies is defined in section 4(a)(iii) to include, among others, “any person that [OFAC]… publicly lists as a subsidiary of a person already determined to be a Communist Chinese military company, until [OFAC] determines that such person no longer meets that criteria and removes such person from such list.” What this means is that, at an absolute minimum, subs of “Chinese Military Companies” are not unlike persons “controlled,” but not owned, by the typical blocked person. Such persons are not blocked pursuant to the 50% rule, but they are with the scope of the typical “derivative designation” criterion that authorizes OFAC to designate persons “owned or controlled” by blocked persons, so certain dealings with such persons may be viewed as comparatively risky (compare OFAC FAQ 398). Based on that, it might not be unreasonable to include such entities in screening tools, at least until we have some more clarity on how OFAC will administer the EO.

On the question of whether the 50% rule applies to the section 1 prohibitions, the prohibitions apply to certain dealings in “securities, of” CMCs. One could speculate that, if OFAC intended “securities, of” CMCs to include securities of CMCs and their subs, it is likely that OFAC would have drafted the EO in a way that mirrors the Russia-related SSI directives that apply to dealings in “new equity of persons determined to be subject to th[e] Directive…, their property, or their interests in property” (see e.g. Directive 1). In the Russia-related SSI directive context, the reference to “their property, or their interests in property” in addition to “equity of” indicates that the 50% rule applies (as confirmed by OFAC). Here we only have “securities of” CMCs. That said, “securities of” is the sort of construction that OFAC could—within its broad discretion to interpret the laws it administers and subject to its “fair notice” requirements—interpret as either including only the listed entities, or the listed entities plus those owned (and/or “owned or controlled”) by the listed entities. If OFAC did want to go beyond the CMCs that are actually listed, we are virtually certain to get published guidance to that effect at some point prior to the Jan. 11 effective date of the prohibition.